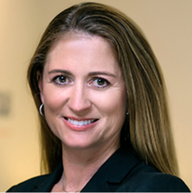 Emily Munn, President
As the Board President of Norfolk CASA since 2012, Ms. Munn has led the growth and sustainability of the newly formed, stand-alone Norfolk CASA, Inc., increasing both the budget and the number of children served by more than 100%. As an attorney, Emily specializes in helping clients navigate their worst days. Whether you or a loved one are charged with a crime, facing a serious traffic offense, battling for custody of a child or filing for divorce, Emily will use her 15 years of experience for your benefit. One of the most accomplished trial attorneys in the area, Emily has helped countless individuals and families get their lives back. As a mother, Emily has the proud job of cheering on three amazing children, all whom inspire her every action and push her to always be a better version of herself. 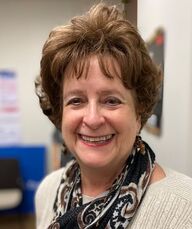 Deborah A. Kaufman, Treasurer
Ms. Kaufman was born in Petersburg, VA and graduated from UNC-Greensboro with a degree in English. She was licensed to teach in both North Carolina and Virginia, yet banking became a calling she could not deny.  Having worked her way through the ranks of CCB in Chapel Hill, NC and then on to Cenit and Bank of America, she found her place among her colleagues and patrons as the assistant manager of the Old Point National Bank (OPNB) in downtown Norfolk. For 19 years, Debbi has welcomed customers and new faces alike to the OPNB on the corner of St. Paul’s Blvd and Main Street. She is a past member of the Tidewater Community College’s Women’s Group, past President of CHKD Downtown Circle, past Director of Beth El Gift Shop, and past Chairman of Beth El Chanukah Shop.  She is the Board Treasurer for Norfolk CASA where she has donated her time, heart, and efforts for nearly a decade. She is a mother to one daughter and a grandmother to two lucky grandchildren. 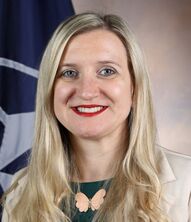 Bianca Barbu
Dr. Bianca Barbu works as an Operational Analyst, in the Operational Analysis Branch at NATO Headquarters Supreme Allied Command Transformation (HQ SACT) in Norfolk, VA. Her work is dedicated to bringing modern science and technology to bear on defense problems and finding feasible courses of action, while generating information and evidence of the benefits and other consequences that would follow the adoption and implementation of a given course of action. She teaches Alternative Analysis and Concept Development and Experimentation at the NATO School in Oberammergau, Germany and has been a guest lecturer addressing Systemic Decision Making at Old Dominion University. She possess a unique combination of credentials and experiences: a Ph.D. in Physics from the University of Warwick, UK, a Master in Physics, a Bachelor in Mathematics and Physics and one in Teaching and Pedagogy, fluency in seven languages, diplomatic experience within the European Commission, UN and NATO, experience in understanding the sociological, political, and diplomatic dimensions to a wide range of military problems and issues, and experience in applying analytical skills and techniques to support the strategic objectives of the organizations she is supporting. 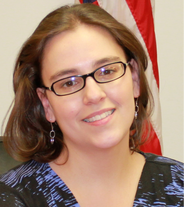 Christina Brooks
Christina Brooks is the Senior Director of Youth Services at the Hampton Roads Workforce Council where she oversees the development of innovative workforce development programming for over 5,000 youth per year. Previously, she was the Student Employment Coordinator at Old Dominion University, served as a Counselor for the YWCA and as a Volunteer Recruiter/Trainer for the Guardian ad Litem program. Christina has a MSEd in Clinical Mental Health Counseling from Old Dominion University and a BA in Psychology from the University of North Carolina Asheville. In addition to her service on the Board for Norfolk CASA, Christina serves as a Commissioner on the Suffolk Clean Community Commission, as the Employer Director on the Board of the Virginia Association of Colleges and Employers, and as a community volunteer with the Portsmouth Service League. Christina resides in Suffolk with her husband of 13 years, William White, and their feline children Kimicat and Hilda Von Hissypants. 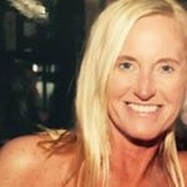 Amy Franklin Harrington
Growing up in Virginia Beach, Amy Franklin Harrington was the girl who wore her heart on her sleeve and helped out whomever she could. As an adult, she maintains her relentless dedication to her Hampton Roads community. As a board member for both Norfolk CASA and Norfolk SPCA, you may find her hosting a fundraiser, making sure a child has a bed to sleep in, or cleaning out dog kennels. Wherever she is, you will find her with her sleeves rolled up working to offer hope to our community.  She is the Executive Director of the Franklin Family Foundation, a foundation that stemmed from the generosity of her family’s business the Franklin Johnston Group. She is also involved with Chas Foundation and CHKD. Amy is married and has a son at Hampden Sydney. When not helping to make the world a better place, she spends her down time surrounded by family and friends, including her three SPCA rescue dogs.

Joseph A. Massey
A Norfolk native, Judge Massey came on this bench in 1997, after a twenty year career as a litigator with the firm of Cooper, Spong & Davis.  He was educated at Norfolk Academy, Duke University, where he majored in economics, and the University of Richmond, where he was inducted into the McNeill Law Society. Upon graduation he served as Law Clerk to the Honorable Richard B. Kellam, Jr., then Chief Judge of the United States District Court for the Eastern District of Virginia.  He has served on several boards including the Edmarc Hospice for Children, the Planning Council, the Military-Civilian Domestic Violence Task Force and the Industrial Development Authority for the City of Norfolk where he served as its chairman. Judge Massey retired from the Norfolk Juvenile and Domestic Relations District Court in 2017. 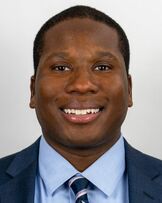 Bryant Thomas
Bryant joined CHKD as the Director of Government Relations in early 2019. He is based in Norfolk, VA and supports legislative affairs at the local, state, and federal levels.
Bryant is a graduate of the University of Virginia and has his law degree from the University of Richmond. He joined CHKD after nearly five years as the Director of Government Relations with Norfolk Southern Corporation. Prior to NS, Bryant worked with Mayor Paul D. Fraim at the City of Norfolk, where he served as the Mayor's Executive Assistant for almost three years. He has experience prior to that as a Law Clerk with several Hampton Roads area firms and also served as an intern in the George W. Bush White House. 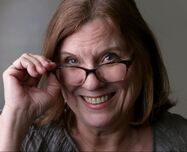 Lynn Waltz
Lynn Waltz is an assistant professor of journalism at The Scripps Howard School of Journalism and Communications at Hampton University in Hampton, Virginia. Nominated twice for a Pulitzer Prize by The Virginian-Pilot, she has been a professional journalist for more than twenty-five years. Ms. Waltz received a Master of Fine Arts in Creative Nonfiction from Old Dominion University in 2011. Her award-winning writing includes exposing a legislator's abuse of power, getting an innocent man out of prison and recreating the life of Virginia's Death Row chaplain. Her book investigating illegal labor practices by Smithfield Foods was published in 2018. 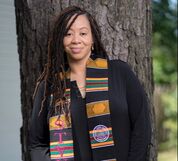 Shareen is a native of Norfolk, Virginia (Coronado & Berkeley). She recently graduated from Virginia Union University’s Samuel DeWitt Proctor School of Theology with a Masters of Divinity.  She also holds her B.A.S in Criminal Justice & Sociology from Old Dominion University. Shareen is a Legal Assistant with over 9 years of experience. She is also a licensed Youth & Young Adult Minister at Olive Grove Baptist Church in Norfolk, Virginia. Shareen has hosted several youth and community events that focused on Speaking Out Against Gangs/Gang Violence, Racism, Respect, & Responsibility, My Feelings Matter (Mental Health), and Annual Back2School Community events to name a few. She is also the Founder of the Sister2Sister Book Club. Shareen is the proud mother of two wonderful son’s, Samori and Sa’mir.